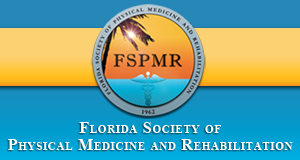 Thank You to Medtronic for
Sponsoring the 2021 FSPMR Annual Meeting

Get the latest updates and breaking news alerts. 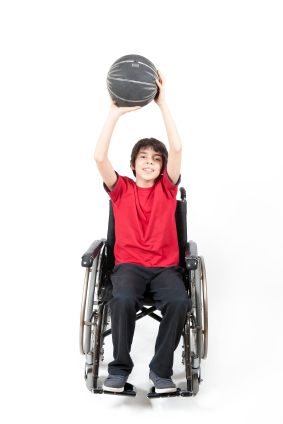 September 2021
Webster’s Dictionary defines normalcy as “the state or fact of being normal.” Some define it as the state of being expected. Less than two years ago most of us were living normal lives. Over the last 18+ months our worlds have been dramatically adjusted. Patients query as to how long we will have to live in relative social isolation with masks, hand sanitizer, and travel restrictions. As new variant after new variant is introduced into our society, one starts to wonder if we are living our new normal.

Months and years of planning meetings have been fruitless as the undertaking often proves implausible. This year’s upcoming Academy (AAPM&R) meeting planned for Tennessee was just changed to virtual ONLY after the risks of the Delta Variant proved too significant to safely move forward (note that this letter is drafted as we begin the second week of September). Many were looking forward to live educational seminars and the ability to see our colleagues from around the country and world.

Last month we were fortunate to be able to hold the FSPMR Annual Business Meeting concurrent with the FSIPP/FSPMR meeting in Tampa. Safety was, of course, an issue. Precautions were used, and the meeting rooms were expanded in size to allow proper physical distancing. The program committee for FSPMR did a laudable job in orchestrating an informative and educational agenda for the FSPMR day-long breakout. Timely issues including systemic racism in medicine and specifically PM&R were discussed. Certainly that topic would not have even been considered as a featured draw 5 or 10 years ago.

Leading an organization is a privilege. I certainly do not take the responsibility lightly. Since my elementary school days I have always taken leadership roles. It was a natural transition for me to serve as a Chief Resident in the concluding year of my training program, and then enter the domain of private industry, charitable boards, and organized medicine. More than fifteen years ago I was the President of the Palm Beach County Medical Society. I was the second youngest leader in the history of the organization. My mission was to lead and serve, but to then recruit other “younger” professionals to participate. Among my favorite activities was to present at meetings of “young physician groups.” It was gratifying to be a young leader amongst the “young professionals.” The truth was I was at the end of what one would consider a “young physician.” I have no idea who decided what constituted a “young physician,” but I was pleased to be still considered amongst them. For a few more years, I continued to represent the medical society at young physician events. It seemed like almost overnight I made the transition to what some politely call a “seasoned” physician. Or perhaps better terminology may be an “experienced physician.”

Now that I’ve been practicing for more than 28 years, I’m still taking leadership roles in too many entities. It’s still a privilege. We face threats and challenges to our profession, and we need to continue to “fight the good fight.” Traveling to Tampa less than two weeks after a tiring FMA Annual meeting was not something I was that excited to do. My workload increased this summer after a prolonged COVID lull. Taking another weekend away from the office just set me even further behind. The risks of attending an event in close contact with others were certainly considered. The decision was made to go forward, and we thank the many of you that attended the meeting for your support and commitment. Some just felt that in our new sense of “normalcy,” the “show must go on.”

As an aside, who amongst you knows who performed the song “The Show Must Go On?” The younger crowd will respond with the likes of Queen (Freddie Mercury) or Pink Floyd, but those of us that are no longer the “young physicians” will remember a band called Three Dog Night who recorded it. The correct answer would actually be Leo Sayer. In Sayer’s version, the last line of the chorus was “I won’t let the show go on.” Three Dog Night recorded it shortly thereafter, and they changed the lyrics to “I must let the show go on” in the same chorus. We had to make a decision about the meeting, and it became apparent that we would have a quorum for the business meeting of the board of directors (again, a sign of commitment that is much appreciated).

My role during the breakout was to simply moderate the proceedings by introducing the speakers and facilitating a relatively efficient schedule. Each presentation met its objectives and it was gratifying to see. The afternoon of the breakout included a series of resident case presentations. Most of us who practice pain and musculoskeletal medicine have treated many patients similar to the resident’s presentations. As we observed the energy, enthusiasm, and even nervousness of the “young physicians” when they presented, I was impressed by their preparation, organization, and due diligence. During the evening business meeting of the board of directors, each residency program in Florida was invited to present something about their programs for our edification. The exuberance of spirit exhibited was genuinely refreshing.

The message I convey when speaking to medical staffs or other physician groups is that we must be cognizant of the political side of medicine. If we do not commit to our chosen field of medicine, then healthcare will be severely compromised. Changes are constantly being proposed. In other columns I have discussed specific political issues that organized medicine is addressing. COVID has thrown wrenches into healthcare, the likes of which we have not seen before in our careers. It makes us wonder about the new state of “normal.” The recent proceedings at the FSPMR Annual Meeting left me with rejuvenated hope that our young physicians will have the passion to promote high standards of healthcare and ensure the future of PM&R as a specialty.

Take your pick: Leo Sayer, Three Dog Night, Queen, or Pink Floyd (and maybe others). Whichever you choose, remember that “The Show Must Go On.""

GET INVOLVED WITH YOUR PROFESSION.

Login to see what your society is doing for you. Here, you can stay informed on what FSPMR is doing to advance our profession. Latest Board Meeting minutes are also available.

FSPMR offers information to help the pateint make an informed decison, with latest news you can use.

What is a Physiatrist?
Patient Education
Find a PM&R Physician

FSPMR is putting out a call for authors to submit pertinent educational and informational articles which can be posted online. Articles will be posted in our quarterly newsletter and/or web site.